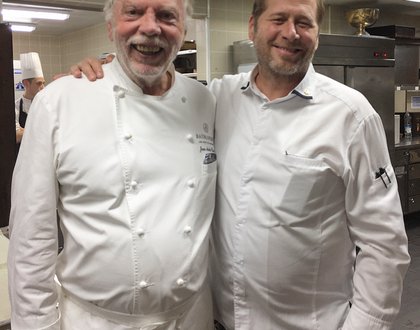 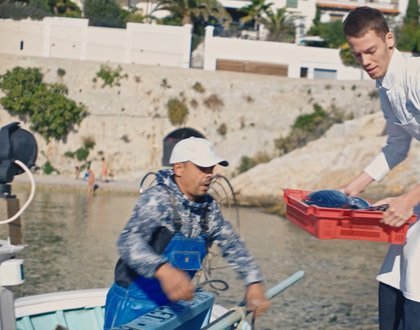 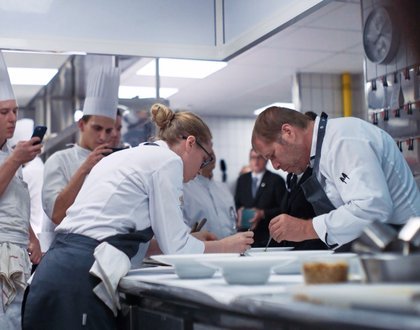 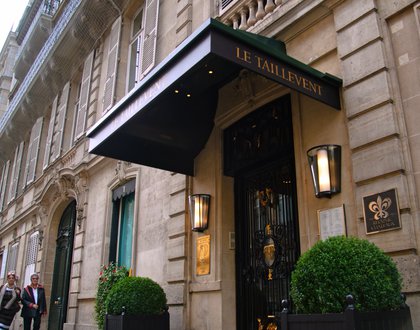 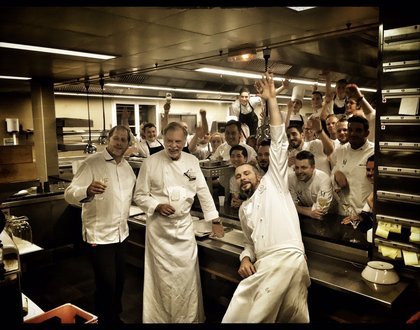 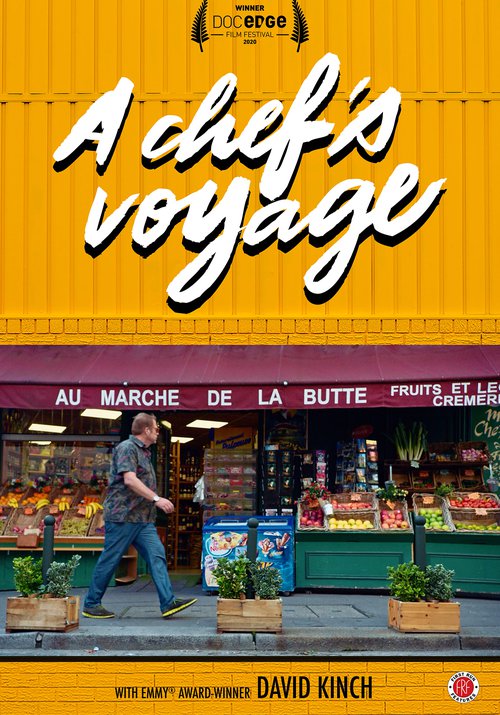 Celebrated American Chef David Kinch and his team from Manresa, their 3 Star Michelin restaurant, embark on a unique collaboration with three legendary French chefs at their iconic restaurants in Paris, Provence, and Marseille. Planning the trip takes months; to represent the refined Californian cuisine of Manresa, the team must bring their own seasonings, sauces that take days to make, and lots of abalone. But the logistics are tricky: how to sneak the food on flights; unfamiliar host kitchens; a language barrier and more. A Chef's Voyage takes us behind the scenes as the Manresa crew attempts to stage nine major meals over 10 days in the world’s most cinematic venues, alongside culinary superstars, with the world watching (and tasting) - all to celebrate 15 years of Manresa excellence by doing what Chef Kinch and his team do best: creating meals and experiences worthy of those three stars.