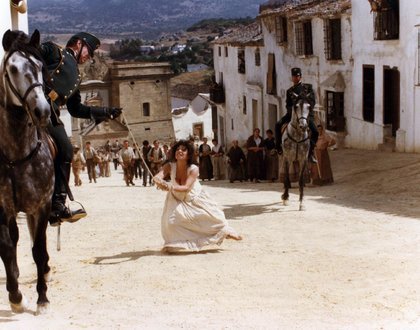 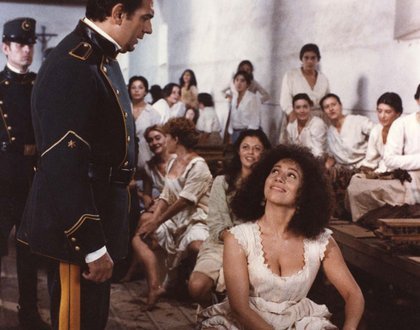 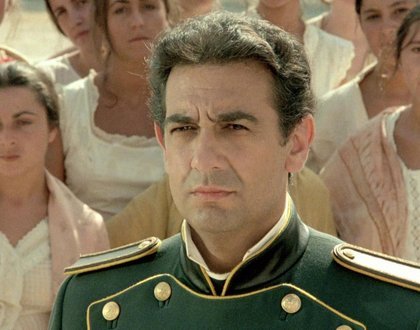 "This movie is the Raiders of the Lost Ark of opera films." – Roger Ebert, Chicago Sun-Times

Carmen is a Latin soap opera if ever there was one, and the sheer passionate joy of Bizet's music is as vulgar as it is sublime, as popular as it is classical. Carmen is one of those operas ideally suited to the movies, and this version by Francesco Rosi (Salvatore Giuliano, The Moment of Truth) is definitive, exciting, involving and entertaining. The music was recorded in Paris with Lorin Maazel conducting the National Orchestra of France. Plácido Domingo is in great voice as the smitten Don José and American soprano Julia Migenes not only can sing the title role but, perhaps just as importantly, can look it and act it. Ruggero Raimondi (bullfighter Escamillo) and Faith Esham (the jilted Micaela) round out the stellar cast. The ballet within the bullring, choreographed by Antonio Gades and performed by his dance company, for once seems as elegant as the emotions it is reflecting. One of the great Italian directors of his time, Rosi passed away last year at age 92, having won the Golden Lion at Venice (Hands over the City), the Golden Palm at Cannes (The Mattei Affair) and a Golden Bear in Berlin for Lifetime Achievement. We celebrate his memory with this film: Bizet's Carmen is what movies are all about.

The screening is presented in partnership with the National YoungArts Foundation Outside the Box series, presenting Jay Scheib's CARMEN on June 4 at 7:30 pm at the YoungArts Campus on 2100 Biscayne Boulevard.