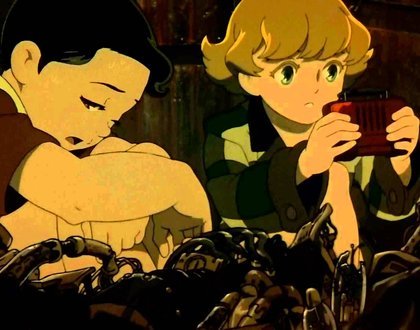 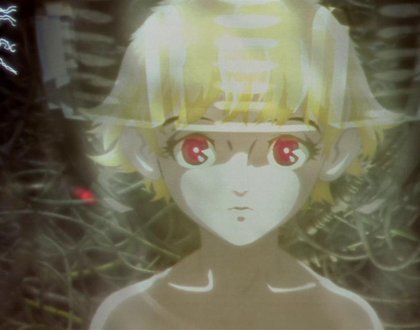 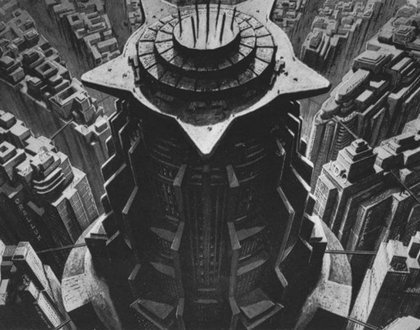 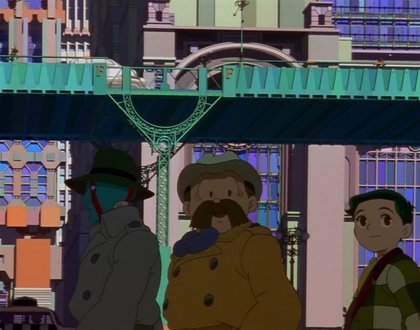 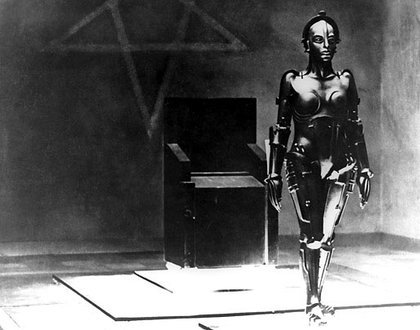 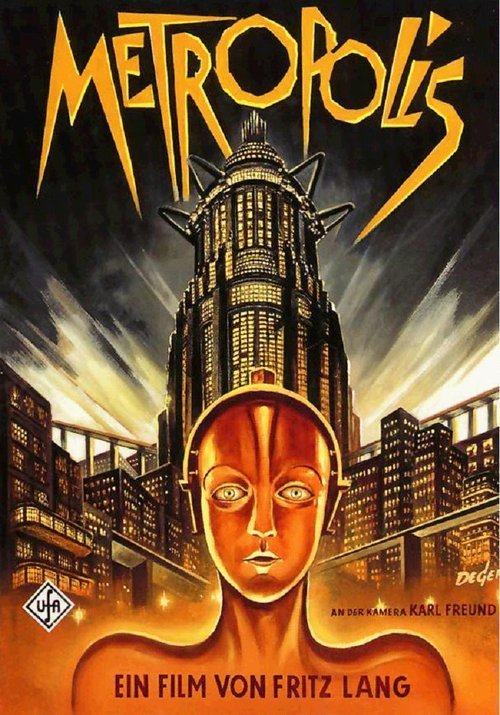 "One of the last examples of the imaginative -- but often monstrous -- grandeur of the Golden Period of the German film, Metropolis is a spectacular example of Expressionist design." - Pauline Kael, New Yorker

This isn’t your grandmother’s sci-fi favorite, or maybe it was… A trust fund brat turned working class hero clashes with a heart-broken mad scientist and his evil robot in a futuristic city built to support the rich and damn the working man. Maria the benevolent savior; the greedy capitalist vying for more power and wealth; and the evil Maschinenmensch aka “Maria” – the deceiving whore of Babylon out to enslave the working class – these are the players in Fritz Lang’s epic 1927 silent sci-fi classic, Metropolis.

The story of Metropolis may be just as epic as the story of Metropolis. With a quarter of the original film lost to entire generations, the missing pieces were finally found in Argentina in 2005, leading to a restoration of the film to be screened as the genius Fritz Lang originally intended. Roger Ebert gave Metropolis 4/4 stars. Rotten Tomatoes clocks it in at 99% with a lone dissenting review from a 1926 Variety staff writer. In short, Metropolis is among the most epic silent films of all time, and you could watch it accompanied with a live score by Miami’s own electronic wunderkinds, Treasure Teeth – which is absolutely insane – late into the night, at After Hours.

Treasure Teeth is an ongoing transnational sound and compositional project consisting of James McKillop and Barbara Elting. Originating from a series of pop-centric musical and fine art collaborations in London, UK, they have since continued to experiment with the integration between mainstream pop structures and the left field, whilst favoring diversity of style as opposed to the absolutism often shown within musical "genres". TT combine their futuristic yet evocative electronic sound palette with tinges of the experimental, glitchy digital detritus, and off-kilter R & B. Listen to the Metropolis score here.