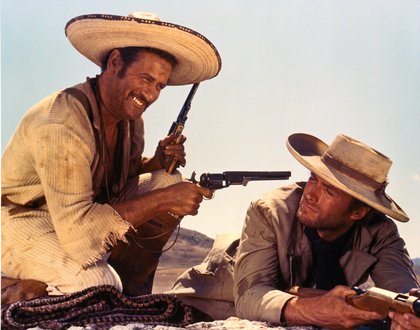 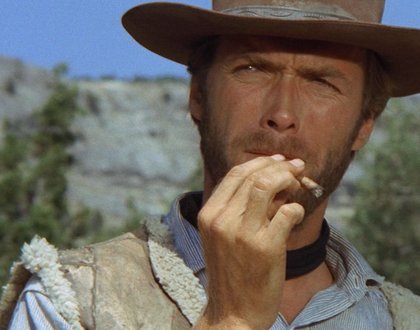 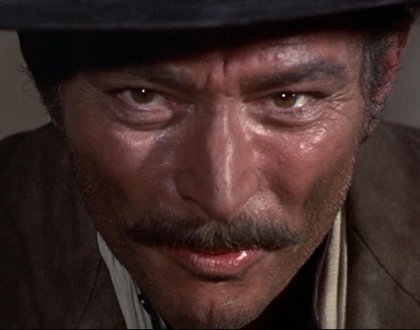 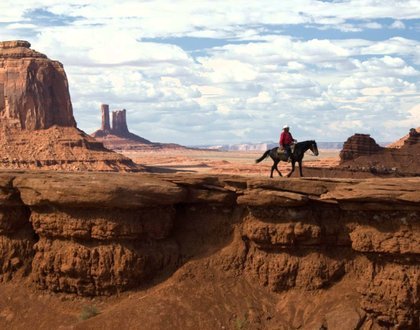 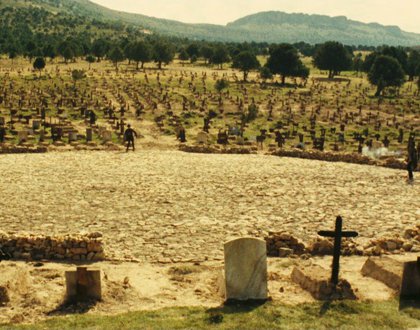 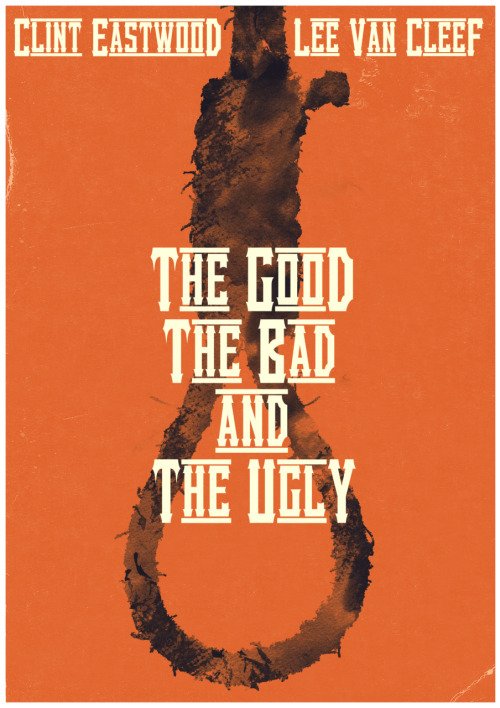 “Sergio Leone's grandiose 1966 western epic is nothing less than a masterclass in movie storytelling, a dynamic testament to the sheer, invigorating uniqueness of cinema.” – Tom Huddlestone, Time Out

There’s no argument: Sergio Leone’s The Good, the Bad and the Ugly is the greatest Spaghetti Western and one of the best westerns, period. Filmed at Italy’s famous Cinecittà studio and the plateaus of Spain (which served as replacements for the American West), this seminal film is emblematic of Leone’s style: drawn out gunfights, wide photography punctuated by extreme close-ups, and a stoic anti-hero. In this case, Clint Eastwood is joined by two rivals in his quest for gold: Eli Wallach as Tuco, who many would argue is the true protagonist of the film, and Lee Van Cleef as Angel Eyes, the cold, murderous gunslinger who won’t let anyone stand in his way. Their uneasy alliances and dangerous betrayals move along a story critiquing American capitalism and western expansion, stripping away what Leone saw as romanticism of the Old West. Unlike John Wayne’s upstanding characters, the figures in Leone’s westerns are driven not by a sense of right but rather greed. And while he emphasizes the violence of this world, Leone is more interested in the moments before and after the gunshots. It is the tension before the trigger is pulled, when we face what could easily be an untimely death, and the destruction left in the wake, that gives the film its gravitas. This is all underscored by Ennio Morricone’s brilliant compositions, emphasizing that the ecstasy of gold brings with the misery of death.