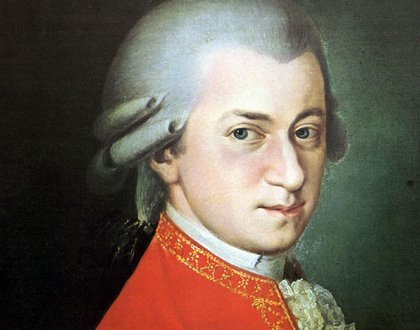 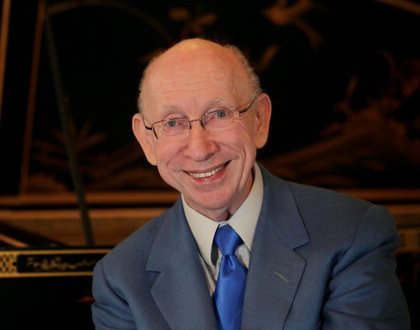 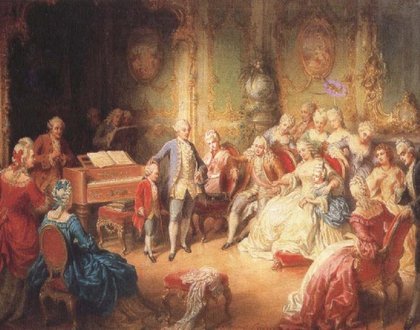 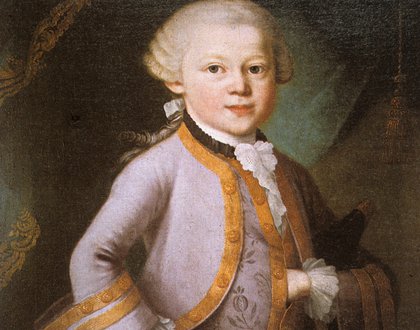 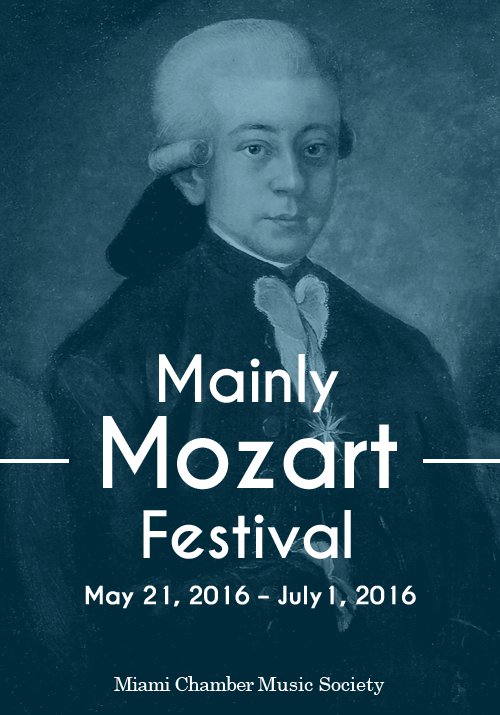 The Miami Chamber Music Society and the Coral Gables Art Cinema present the Mainly Mozart Festival Inaugural Lecture Series, five Tuesday evening sessions taking place from April 19, 2016 through May 17, 2016 at 7:00 pm in conjunction with the 23rd Annual Mainly Mozart Festival on May 21, 2016 – July 1, 2016 with concerts taking place at the University of Miami Gusman Concert Hall, the Biltmore Hotel and the Adrienne Arsht Center for the Performing Arts Knight Concert Hall.

Join Frank Cooper, Research Professor Emeritus of Music at the University of Miami, for a celebration of learning, designed to heighten your experience of the music of history’s greatest prodigy, Wolfgang Amadeus Mozart. Click here to learn more about the lecture series with a brief introduction by Frank Cooper.

Beginning in his 7th year, Mozart composed works to be performed in courtly chambers & aristocratic settings. At 9, he invented the duet-sonata! From his pen flowed unparalleled sonatas, variations, trios, quartets, quintets & songs. This class investigates Mozart’s charming achievements for 1, 2, 3, 4, & 5 performers. To be performed by the Lynn University String Quintet as the evening’s coda: Mozart’s great String Quintet in G Minor, K. 516

While in his 8th year(!) and starting in England, Mozart composed the first of his 41 Symphonies. Building on the ideas of others, then surpassing every contemporary except Haydn, he took the form to a peak. This session focuses on Mozart’s development as a sensational symphonist, way ahead of his time.

At 11, the boy began arranging the music of others for keyboard & orchestra then, in his teens, began originating concerted works for an array of instruments – bassoon, flute, clarinet, harp, horn, oboe, piano, & violin (more than 40 in all). This presentation treats that amazing phenomenon’s perfection.

From his 11th year(!), Mozart wrote works for the stage until his death at 35. Twenty-two in all – among them his century’s greatest singspiel, greatest opera buffa, & greatest drama giocoso. This session studies the new fusion of music & dramaturgy which took Mozart from wunderkind to the heights of mastery.

From a Kyrie at 10 & a mass at 12, Mozart wrote music for the church to the end of his days – leaving incomplete the greatest Requiem of the 18th century. In this final evening, litanies, vespers, motets, misereres, & mass movements show his uncanny capacities for profound expression through music of deeply held beliefs. 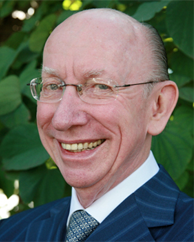 Frank Cooper, award-winning Research Professor Emeritus (Musicology) at the University of Miami, Florida has appeared in the U.S., Canada, Mexico, the Caribbean, and Europe as pianist, harpsichordist and lecturer.  To his credit are more than 100 published articles, annotations for recordings, radio and television broadcasts, and multiple series of public lectures.  He created Butler University’s Festival of Neglected Romantic Music, and directed the Indianapolis Festival Music Society’s summer festivals of early music for thirty-five years.  The American Liszt Society elected him to four successive terms as its President. He was Musical Director of Coral Gables Mainly Mozart Festival for eighteen seasons. An Advisor to the Miami International Piano Festival. The Indianapolis Museum of Art and Miami's Vizcaya Museum have awarded him honorary curatorships.  The National Federation of Music Clubs presented him its Presidential Citation, the Hungarian Ministry of Culture its Franz Liszt Centennial Medal, and the Frost School of Music its award for Excellence in Teaching. Two studios in the Frost School’s new building are designated with his name and two guest-lectureships also have been created in his honor. 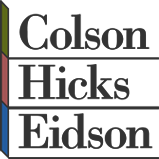