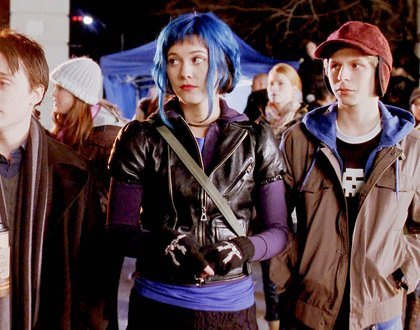 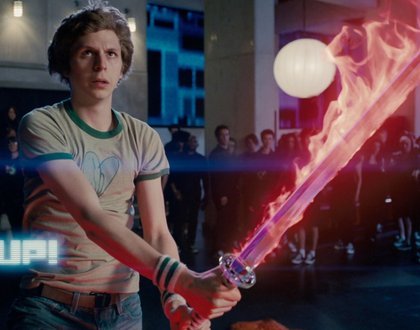 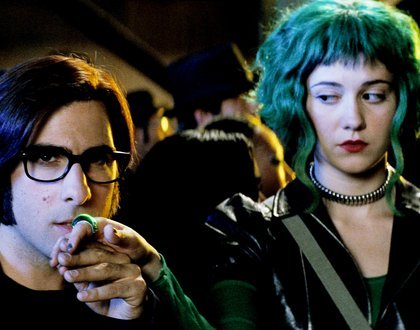 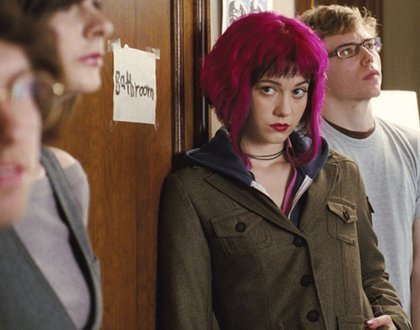 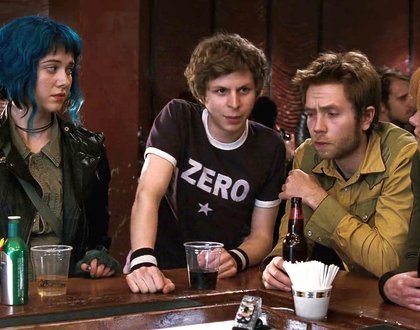 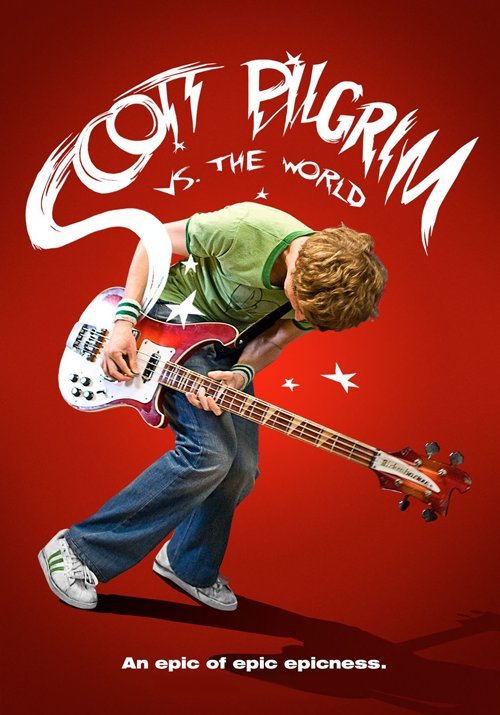 "Its speedy, funny, happy-sad spirit is so infectious that the movie makes you feel at home in its world even if the landscape is, at first glance, unfamiliar." – A. O. Scott, The New York Times

“Once upon a time...in the city of Toronto...Scott Pilgrim...was dating a highschooler.” So opens Edgar Wright’s visually jam-packed adaptation of the titular graphic novel series. 22-year-old Scott (Michael Cera) lives with his roommate in a basement apartment and plays in the marginally successful garage band Sex Bob-omb. When the literal girl of his dreams, Ramona Flowers (Mary Elizabeth Winstead), skates into his life with an Amazon package for delivery, Scott ditches his 17-year old girlfriend to chase Ramona. But to win her affection, Scott must defeat her seven evil exes. Surprisingly, this is largely true to the life of Scott Pilgrim creator Bryan Lee O'Malley, who spent hours in his youth playing the classic fighting game Tekken. Wright makes the page literally come to life through his editing based on movement & visual flair combined with Cera's signature dry delivery. This cult hit is a prime example of Wright's auteur talents and is a clinic in adapting comic books to films whose killer soundtrack features Plumtree, T. Rex, Black Lips, and more.

Join us for a live show featuring Miami's very own Pavlov's Bell at 11:00 pm before the screening of Scott Pilgrim vs. the World.

Pavlov's Bell is a psychedelic rock band from Miami, Florida. Influences vary from 70's progressive to contemporary jazz. The band consists of Antonio Pereira as composer and bassist, Jorge Fernandez on guitar and Francisco Lujan on drums and percussion and Santiago Suarez on the synthesizer. Check out more Pavlov's Bell on Instagram and Facebook. 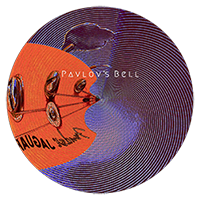