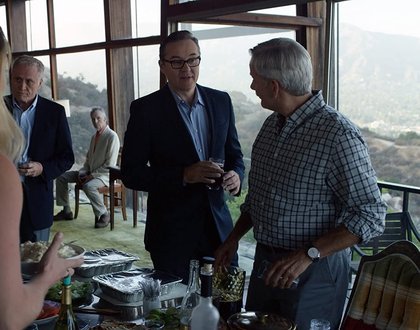 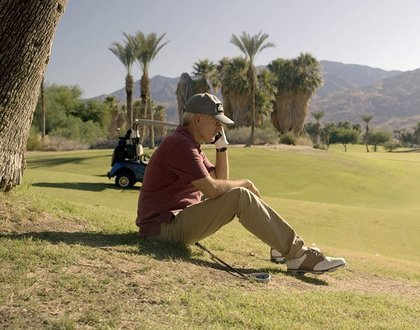 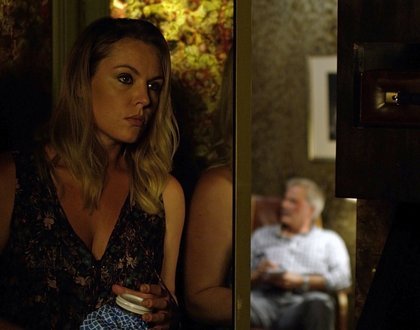 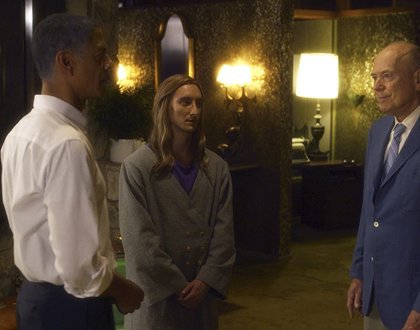 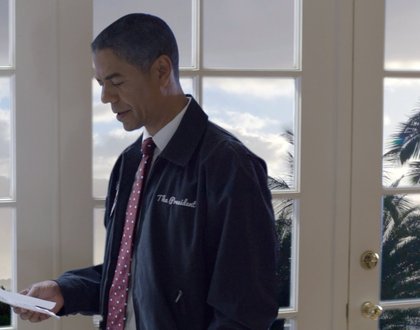 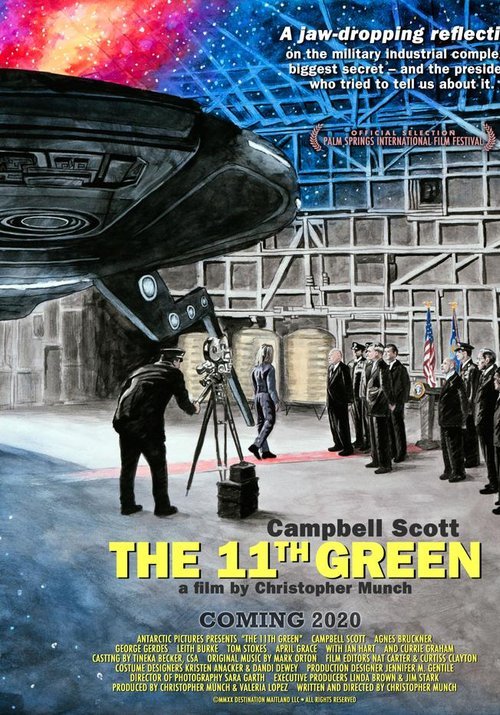 "I won’t divulge any more so you can experience the cool madness of The 11th Green for yourself. Suffice to say it’s out of this world." —Richard Roeper, Chicago Sun-Times


You will be sent a link & password to view the film. After purchase, you can watch the film for 48 hours on your computer, phone, tablet, Google Chromecast or AppleTV.

A long-awaited follow up to director Christopher Munch’s acclaimed 2011 Sundance film Letters From the Big Man, The 11th Green stars Campbell Scott (House of Cards, Roger Dodger) as a journalist who uncovers the truth behind the mythology of President Eisenhower’s long-alleged involvement in extraterrestrial events. Rife with hidden government secrets and Matrix-like mindbenders, the film is grounded in what is widely believed to be the nuts-and-bolts core story of post-war U.S. military and government involvement with UFOs. Thought-provoking but understated, filled with sharply drawn characters, stark desert landscapes, and leaps across the space-time continuum, The 11th Green is challenging cinema that generates questions, discussion, and debate long after the credits roll.