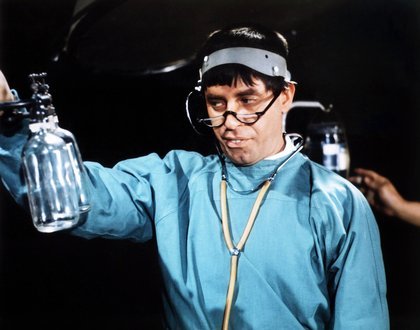 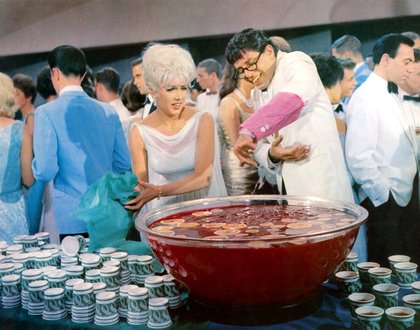 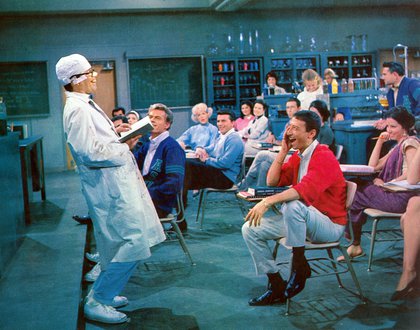 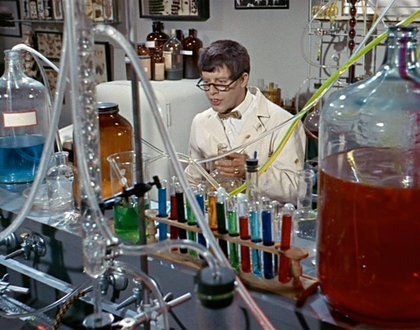 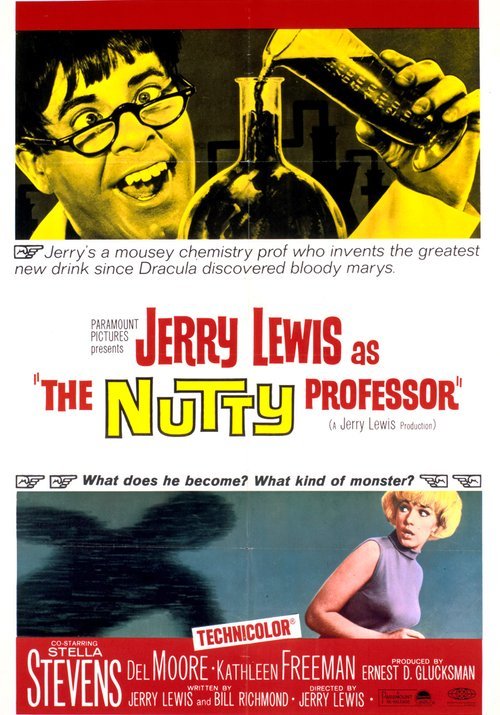 "Mr. Lewis' brilliantine-haired Buddy is neither Dino nor Frank but the artist himself." - J. Hoberman, New York Times

On March 16, Jerry Lewis, underloved genius of modern cinema (Manohla Dargis, NY Times), turned 90. The Gables Cinema joins the late-blooming ranks of his stateside admirers with a screening of the original Nutty Professor, the film most of Lewis' detractors can't help but love. What's it all about? In the words of Time Out London: "Surreal off-the-wall masterpiece with Lewis again playing 7-stone cretin, this time a campus chemistry professor who woos his dream girl by inventing a magic potion that turns him (on and off) into a he-man of the Dean Martin school (hip, brylcreemed, offensive). The Technicolor blazes and swirls with magic energy, while the Jekyll-and Hyde plot hustles its way through a minefield of gags, and sneers eloquently at the joys of the New America (a popular off-limits bar called The Purple Pit). Parody and nostalgia: pure alchemy." MOMA curator Dave Kehr calls Nutty Professor, "Jerry Lewis' Persona, and in some ways a more honest film," adding that it "has to stand as one of the most intensive investigations of self ever put on film, a technically impeccable work of inspired megalomania."

Gables Cinema Director of Programming Nat Chediak and Miami Jewish Film Festival Director Igor Shteyrenberg will introduce the film and engage the audience in a conversation following the screening.