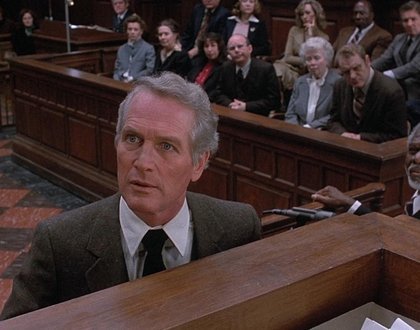 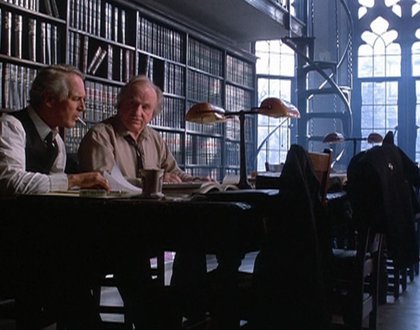 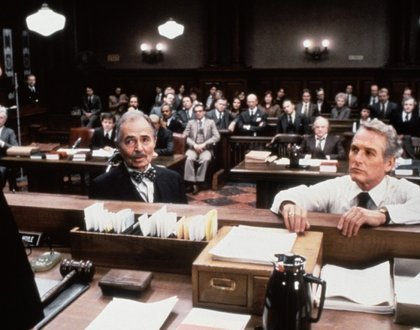 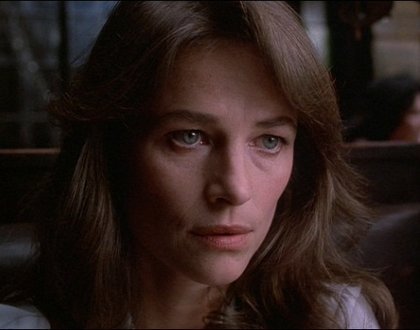 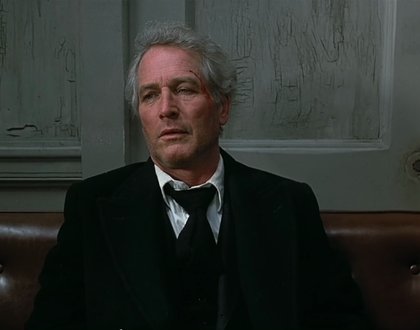 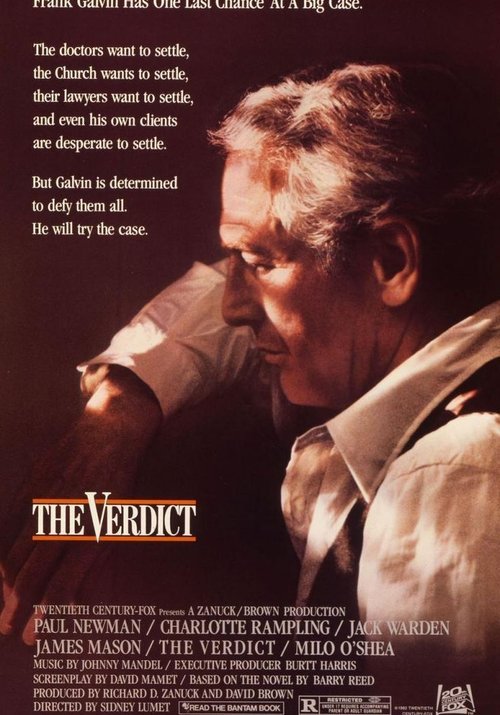 "[Newman] has a tendency to always look great, and that is not always what the role calls for. This time he gives us old, bone-tired, hung-over, trembling (and heroic) Frank Galvin, and we buy it lock, stock and shot glass." – Roger Ebert, Chicago Sun-Times

Adapted by David Mamet from the novel by Barry Reed, Lumet's masterful courtroom drama features Paul Newman in one of his masterful performances as Frank Galvin, an alcoholic ambulance-chaser who takes a seemingly open-and-shit medical malpractice case for an easy settlement. But after visiting the bedside of the comatose plaintiff, Galvin undergoes a crisis of conscience and finds himself pushing the case to trial, where he squares off against a high-end defense attorney (James Mason) and a politically connected judge. Nominated for five Academy Awards: Best Picture, Director, Actor (Newman), Supporting Actor (Mason) and Adapted Screenplay, the film also stars Charlotte Rampling as Newman's alcoholic lover, and a blink-and-you'll-miss-him Bruce Willis as a courtroom extra.