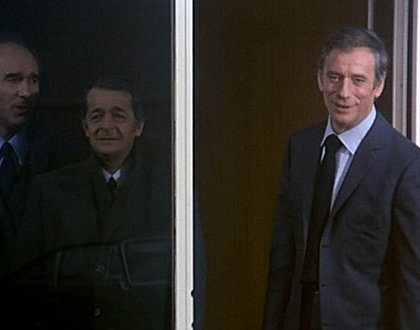 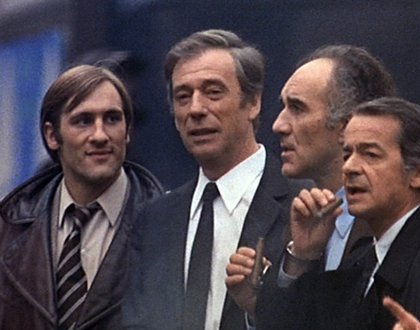 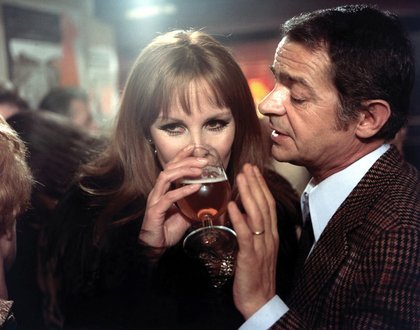 Sautet recruited three of the leading French stars of their generation - Yves Montand, Michel Piccoli and Serge Reggiani - for this wise, beautifully acted, enormously moving portrait of a trio of lifelong friends at the crossroads of middle age, based on a novel by Claude Néron (Max et les Ferrailleurs). Vincent (Montand) is an industrialist with an estranged wife (Stéphane Audran) and a heavily mortgaged business on the verge of bankruptcy. François (Piccoli) is a doctor whose youthful ideals long ago gave way to financial motivations. And Paul (Reggiani) is an author with a serious case of writer's block. All three men try to vicariously relive their youth through Vincent's protege (Gérard Depardieu in a star-is-born performance), an aspiring professional boxer. With his signature understatement and precise powers of observation, Sautet weaves us through these men's lives as myriad crises erupt, concessions are made, and time marches on. A massive hit in France and an obvious template for the likes of The Big Chill, Vincent, François, Paul and the Others ranks among Sautet's finest contemplations of the human condition.

Hailed as a master by the likes of Jean-Pierre Melville, François Truffaut and Pauline Kael, writer-director Claude Sautet (1924-2000) remains curiously absent from most discussions of major postwar French filmmakers. Sautet was as astute at mapping the private lives of small-time gangsters as he was at depicting the ups and downs of the haute bourgeoisie. Along the way he formed lasting partnerships with many of the greatest French stars of the era, including Yves Montand, Michel Piccoli, and his muse, the luminous Romy Schneider. Sautet's films are at once indelibly French but also unassailably human. Now, they await a new audience to give this overlooked master his proper due. We are pleased to present this long overdue survey of Sautet's remarkable career, including the Miami Premiere of his masterpiece, Max et les Ferrailleurs. All films will be screened restored in new DCP format and are not available in Blu-ray or DVD.

Check out the rest of our Sautet program!