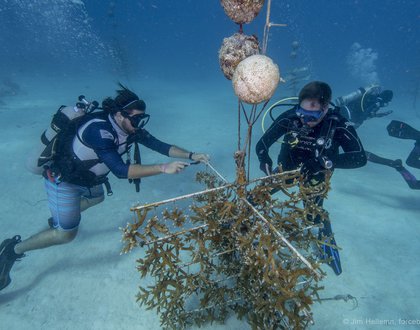 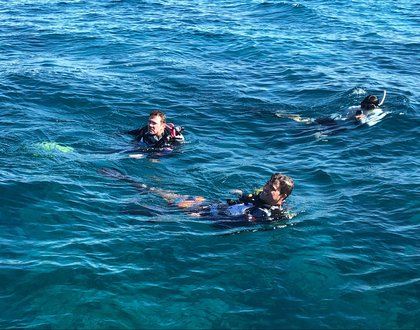 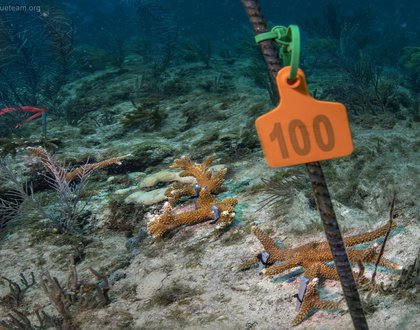 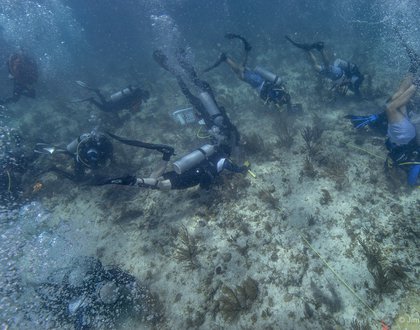 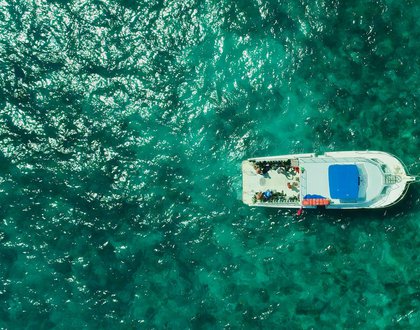 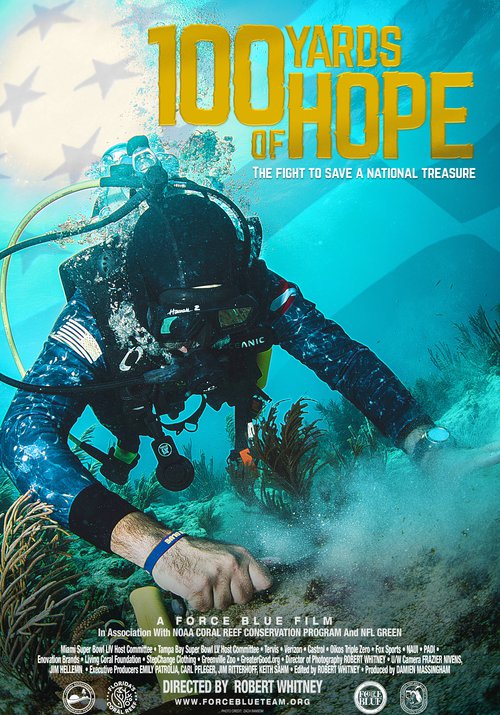 A year-and-a-half in the making, through two Florida Super Bowls and with the world’s largest entertainment platform as its backdrop, 100 Yards of Hope is the story of how an eclectic group of marine scientists and Special Operations veterans came together as a team. And how, in their fight to preserve and restore Florida’s Coral Reef, that team built a symbol for the world. Begun on a June afternoon in 2019 with the symbolic out-planting of 100 corals to celebrate the NFL’s 100th season, 100 Yards of Hope grew to become an 18-month journey of caring and cooperation — a mission that would unite two Florida cities and forge unlikely bonds between scientists and environmentalists, military veterans, state and federal policy makers and some of the world’s largest corporations and brands — all in the name of preserving and restoring a national treasure. This 40-minute filmed documentary is the story of that mission — and the story of how, in one football field-sized corner of South Florida, hope found a way, not just to survive, but to thrive.

Admission is pay what you can per ticket.

This screening is presented in partnership with Force Blue, Keep Coral Gables Beautiful and the City of Coral Gables Sustainability Advisory Board.