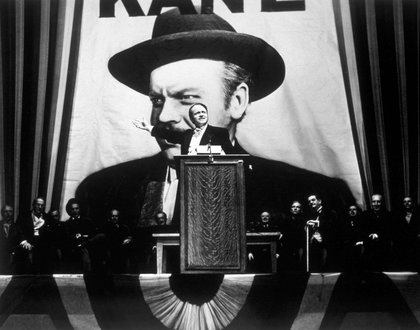 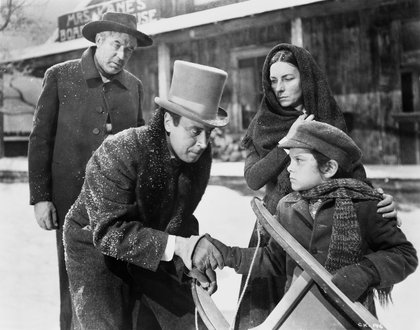 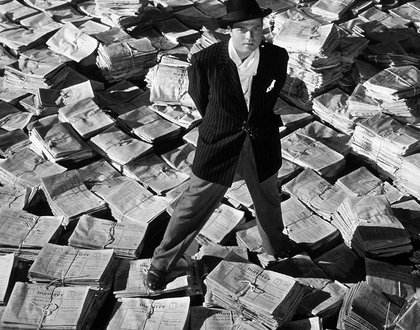 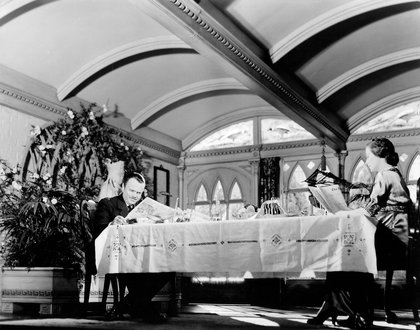 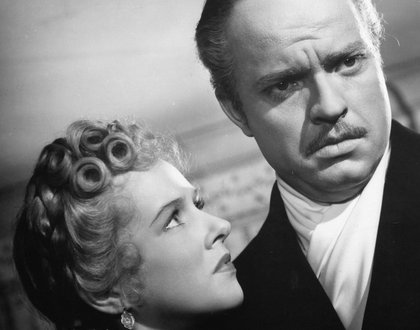 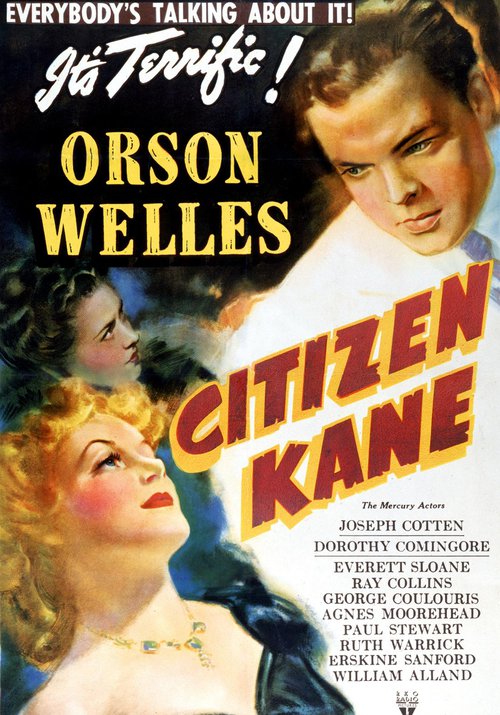 "It is one of the miracles of cinema that in 1941, a first-time director; a cynical, hard-drinking writer (Herman J. Mankiewicz); an innovative cinematographer (Gregg Toland), and a group of New York stage and radio actors (Joseph Cotten, Agnes Moorehead, et al.) were given the keys to a studio and total control, and made a masterpiece. Citizen Kane is more than a great movie; it is a gathering of all the lessons of the emerging era of sound." —Roger Ebert

1940. Alone at his fantastic estate known as Xanadu, 70-year-old Charles Foster Kane dies while uttering a single word: Rosebud. So ends the odyssey of a life ... and begins a fabulous tale of the rise to wealth and power—and ultimate fall—of a complex man: a boy abandoned by his parents inherits a fortune, builds a global newspaper empire and aspires to become President of the United States, but loses everything over an affair with a nightclub singer. Made when he was only 25 years old, Orson Welles achieved one of the greatest feats in film history with his feature debut, Citizen Kane, and pioneered innovative cinematic techniques, such as deep focus, overlapping dialogue, and so much more. It's no wonder that the film routinely tops lists of the greatest films ever made. A masterpiece in the truest sense of the word, Citizen Kane is presented in a stunning 4K edition for its 80th anniversary. Trust us: you've never seen it like this.

Guest speaker: Christina Lane
This screening will be introduced and feature a brief post-screening discussion by Christina Lane, the Edgar® Award-winning author of the biography Phantom Lady: Hollywood Producer Joan Harrison, the Forgotten Woman Behind Hitchcock. Associate Professor and Chair of the Department of Cinematic Arts at the University of Miami, Dr. Lane has been a featured guest speaker at the Film Forum in New York City, the Queens Library, and on NPR and Turner Classic Movies.

This event is presented in partnership with the University of Miami Department of Cinematic Arts.