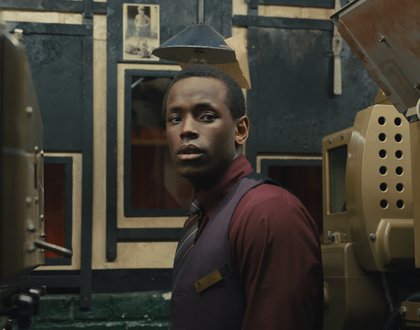 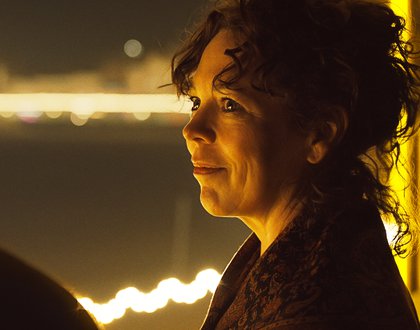 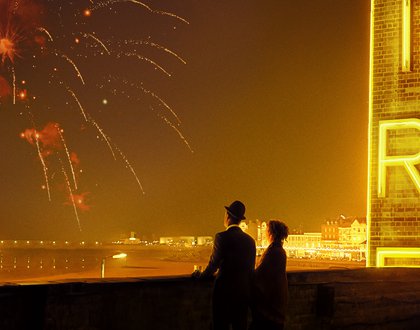 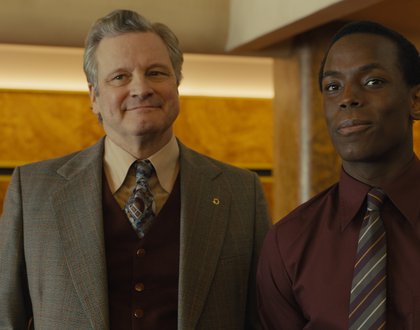 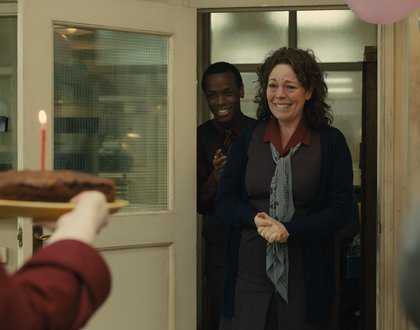 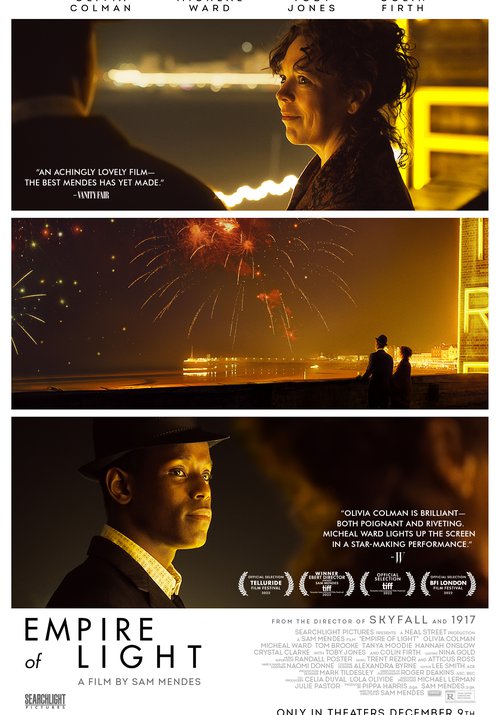 "It’s a heartwarming reminder of the joy, comfort and necessity of the big screen experience.” —Luke Hearfield, London Evening Standard

"An achingly lovely film-the best Mendes has yet made." —Richard Lawson, Vanity Fair

"Olivia Colman is brilliant—both poignant and riveting. Micheal Ward lights up the screen in a star-making performance." —W Magazine

From Academy Award®-winning director and writer Sam Mendes, Empire of Light is a moving drama about the power of human connection during turbulent times. Set in and around a faded old cinema in an English coastal town in the early 1980s, it follows Hilary (Olivia Colman) a cinema manager struggling with her mental health, and Stephen (Micheal Ward), a new employee who longs to escape this provincial town in which he faces daily adversity. Both Hilary and Stephen find a sense of belonging through their unlikely and tender relationship and come to experience the healing power of music, cinema, and community.

Sam Mendes has created two characters, Hilary and Stephen, played by Academy Award® winner Olivia Colman (The Favourite, The Lost Daughter) and rising star Micheal Ward (Top Boy, Lovers Rock), and has woven them into a story exploring some of the ties that bring us together – the music, the movies, and the makeshift families that get us through. At the center of Empire of Light is their relationship – though they seem different in every conceivable way, they find a rite of passage that brings them both some degree of happiness and strength. The film also features Academy Award® winner Colin Firth (The King’s Speech, A Single Man) and reunites Mendes with Academy Award®-winning cinematographer Roger Deakins (1917, Skyfall).

Please note: seating for these screenings is general admission.