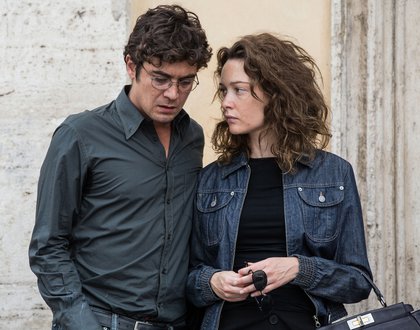 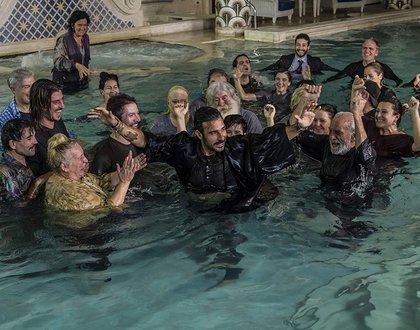 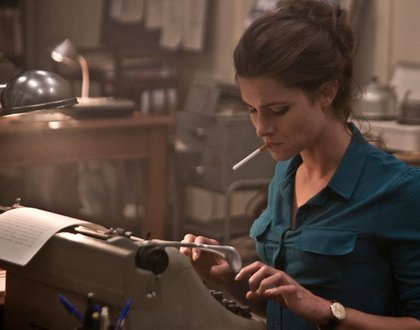 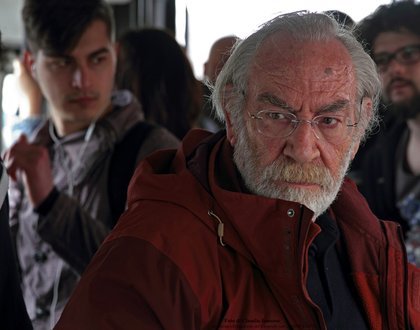 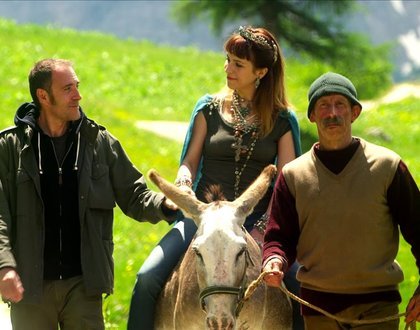 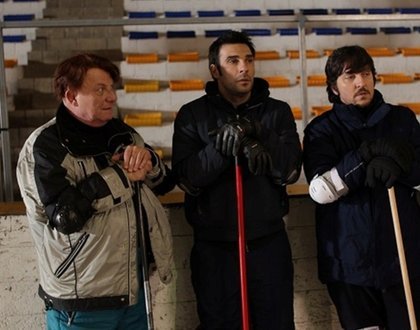 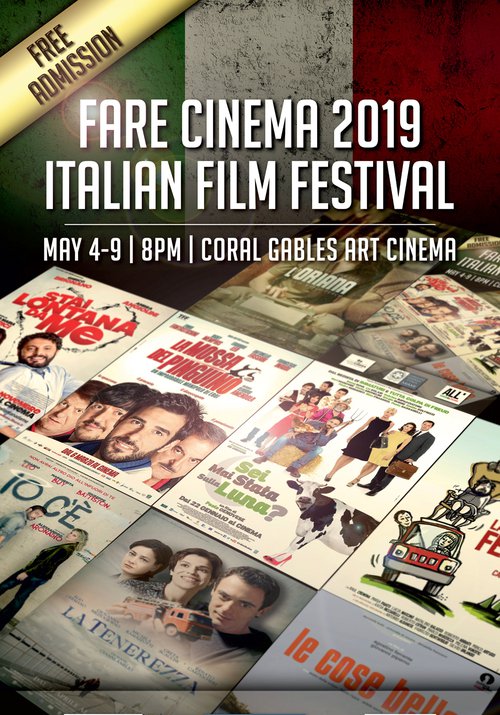 In May, 100 cities around the globe will be talking about Italian cinema. Fare cinema - The First Week of Italian Cinema in the World is primarily dedicated to them. The project, promoted by the Consulate Generale of Italy in Miami by appointment of Ministry of Foreign Affairs in collaboration with MIBACT, ANICA and the Istituto Luce-Cinecittà, aims to promote quality Italian film productions abroad with the support of the diplomatic consular network of Italian cultural institutes, shining a light on all the professionals who contribute to the complex world of Italian film production.

The Festival is organized by the Italian diplomatic and consular network, with the Italian Cultural Institutes, with a view to engaging qualified industry operators, enhancing the interests of the international public and promoting opportunity for the distribution abroad of Italian TV and films. This initiative represents what we like to call an ‘integrated approach, or rather, the bringing together of all the tools used to create a culture that values all elements of Italian excellence around the world. Cinema brings together all of these aspects, because it encapsulates art, culture, poetry and values.

Just Believe - Saturday, 5/4 at 8:00 pm
Massimo (Edoardo Leo) is the owner of a bed&breakfast on the verge of bankruptcy. In front of it, there is a Convent which it is always full of tourists since the pious nuns offer them a room where to sleep in exchange of a spontaneous donation. Tax-free. Massimo gets an idea to save his activity: he has to transform his b&b in a place of worship. However in order to do so, he needs to found his own religion. He launches then the “Ionismo”, the fisrt religion that doesn't put God but "Me" in the center of the universe. His sister who is an accountant (Margherita Buy) and his friend who is a writer with no readers (Giuseppe Battiston) will help Massimo in his new challenge. Get ready to be converted! Directed by Alessandro Aronadio

Tenderness - Sunday, 5/5 at 8:00 pm
Tendernessis set against the urban backdrop of a contemporary Naples depicted in external scenes where the camera steers away from the main tourist areas and instead portrays Naples as a generally colourful city, which at one stage is exposed to a dark and heavy downpour - a maze full of narrow laneways, with hidden away stores selling antiques that only the most discerning of collectors would take a real interest in. This city in the heart of southern Italy has a raw beauty and bewildering charm, it is busy and chaotic and in the film pedestrians narrowly escape being hit by vespas speedily making their way past the crowds. Naples in the film is at once very Italian and increasingly globalised, concerned with issues affecting the world at large - of which the pervasive refugee crisis is one of the most prevalent. This city, “rich in heritage but facing new challenges” comes across as a character in its own right and in the film the chaotic urban environment seems to reflect not only cracks in the façade of a seemingly perfect family life that we are privy to and the chaos that reigns within, but the external chaos on the streets of Naples could be interpreted as foreboding of tragedy to come and the unforeseen culmination of a narrative that seemed set to explore a friendship that had the potential to develop into something deeper. Directed by Gianni Amelio

A Golden Boy - Monday, 5/6 at 8:00 pm
Aspiring writer Davide Bias (Riccardo Scamarcio) looks with disdain at his father’s career penning B-movie screenplays. But his dad had begun an autobiographical novel before his death, and Davide’s attempts to complete it become increasingly obsessive. In the edgy lead role, Scamarcio leaves a strong impression, as does Sharon Stone, who plays a publisher with a personal connection to the unfinished book. Directed by Pupi Aviati

The Move of the Penguin - Tuesday, 5/7 at 8:00 pm
Two precarious workers, a pensioner and an old bully discover the sport of curling by chance and convinced of their potential they plan to compete at the 2006 Winter Olympics held in Turin, in which Italy automatically has a qualified team being the host country. Directed by Claudio Amendola

The Chair of Happiness - Wednesday, 5/8 at 8:00 pm
During her visit to a prison to do the nails to an old lady and former head of a criminal clan, a broke beautician is the recipient of the last words of the dying lady whispering the hideout of a treasure, supposedly in an old chair in the lady's mansion. The beautician sets forth to find the treasure, but all the belongings of the mansion have been confiscated and auctioned. The beautician seeks help by the neighbor's's shop, a tattoo studio, where the broke owner does everything he can to help, and discovers that there are eight identical chairs and that there is a way to find their owners. The quest to find the lucky chair brings the couple around the Veneto region trying to persuade the chair owners that they don't really need them. A magician, a greedy priest, industrious immigrated entrepreneurs, a grumpy fishmonger and a shepherd in the alps are some of the characters the couple find in their pursuit of happiness. Directed by Carlo Mazzacurati

L'Oriana - Thursday, May 9 at 8:00 pm
In one of her last trips back to Italy, Oriana decides to re-organize her journalistic and photographic materials stored for years in the old family home in the Tuscan countryside. To do so, she contacts the University of Florence who sends an aspiring journalist named Lisa. Lisa is well intentioned, but has no specific skills or qualifications. She simply accepted the job to get better acquainted with Fallaci, whom she considers an idol. A complex relationship ensues between the two, in which Oriana’s battle against death intertwines with Lisa’s battle for life. Directed by Marco Turco

Events and screenings by other organizations that are open to the general public. For information on renting the Cinema, please click here.