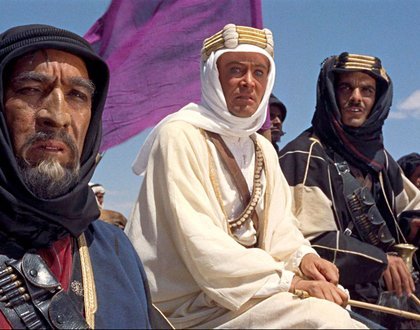 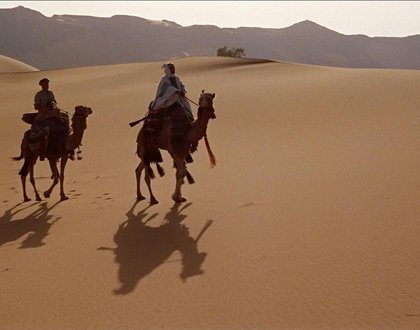 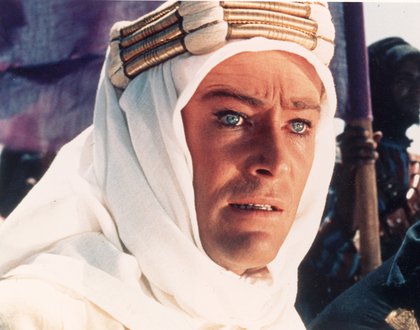 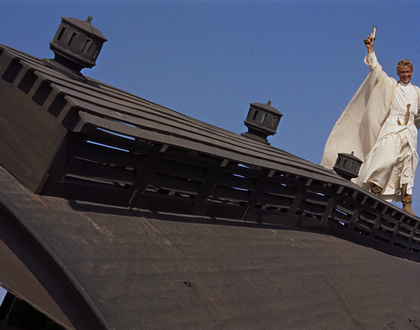 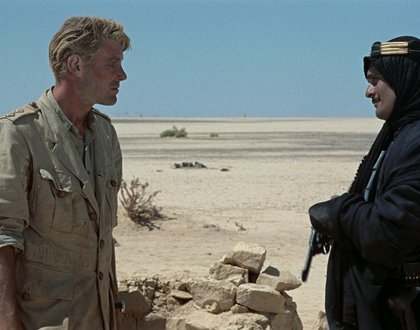 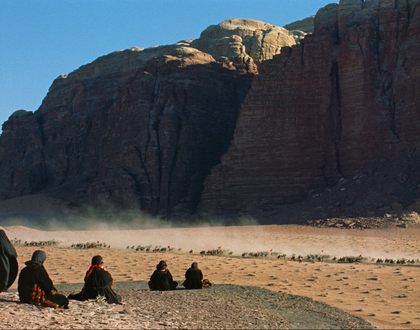 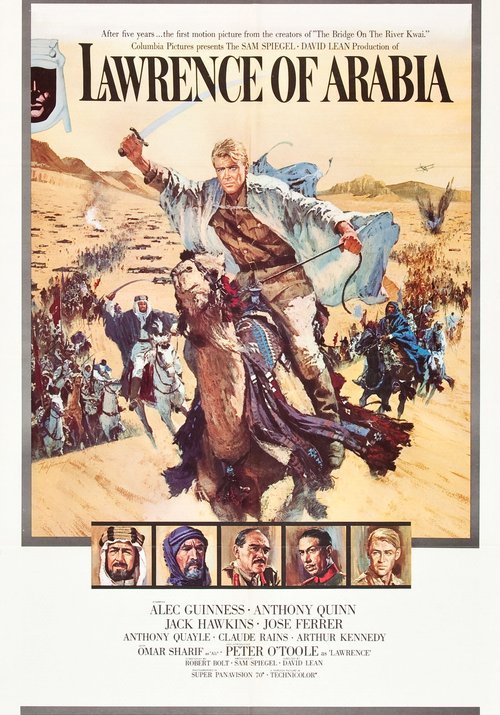 “One of the most intelligent, handsome, and influential of all war epics.” – Jonathan Rosenbaum, Chicago Reader

Let’s say it outright, Lawrence of Arabia is Steven Spielberg’s favorite film of all time (‘a miracle’) and the one that inspired him to become a filmmaker. ’Epic’ is an over-used word in cinema, but David Lean’s 1962, near four-hour journey with TE Lawrence (Peter O’Toole) into the Arabian desert is surely the gold standard for films large in scale, design and delivery. It’s over half a century since Lean chronicled the exploits of Lawrence, an unconventional British officer who struck out alone during World War I with the aid of Bedouins (including Omar Sharif in his most famous role) to fight the Turks in parts of modern Saudi Arabia, Jordan and Syria. Most striking, still, are the desert scenes filmed by the great Freddie Young: battles yes, but also the film’s harnessing of the searing, inhuman heat of the sandy wilds, first introduced by Lean’s famous cut from a striking match to a rising sun. O’Toole, too, remains compelling, as he swings between arrogance and humility, confidence and doubt. Noel Coward found him so irresistible, he quipped the film should have been titled Florence of Arabia. Winner of seven Oscars and accolades too numerous to mention, you’ll need to dedicate half a day to Lawrence. You’ll be amply rewarded: - it deserves to be seen again on the big screen.