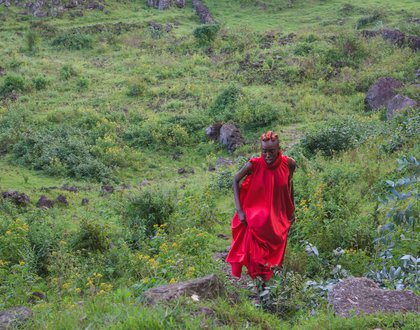 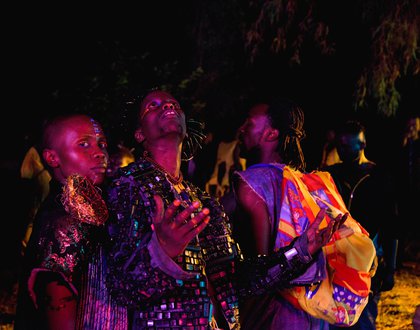 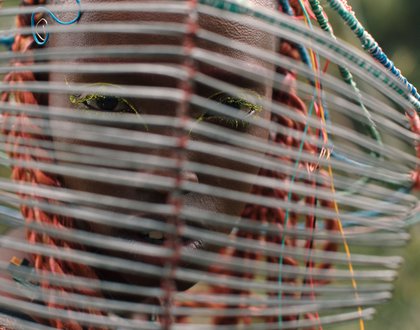 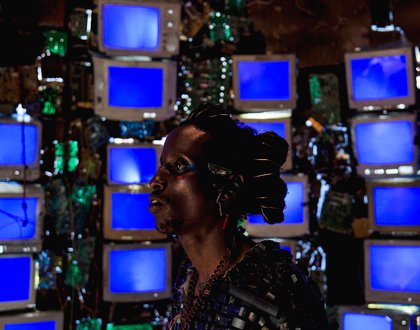 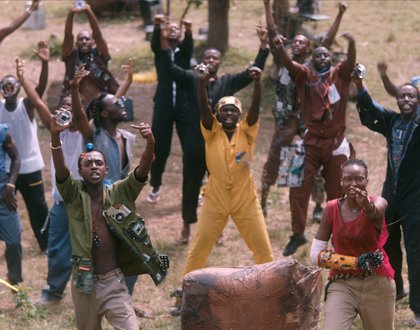 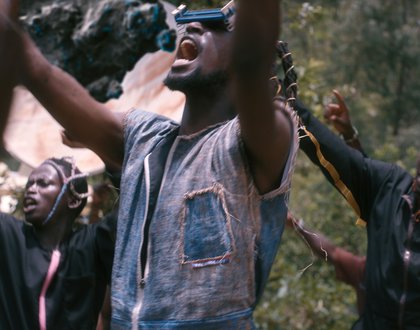 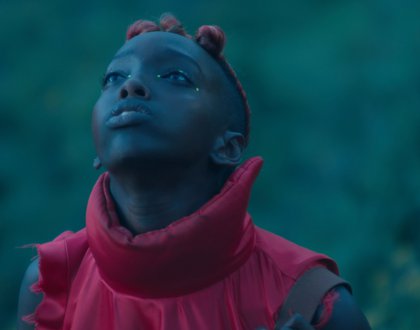 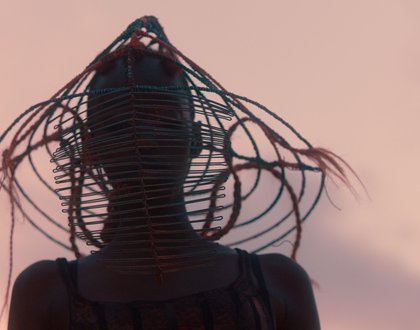 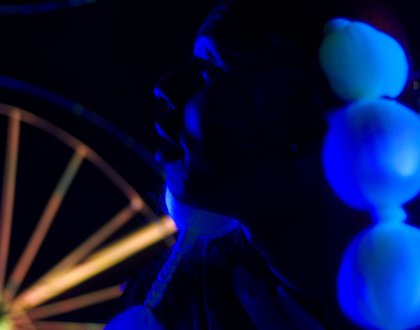 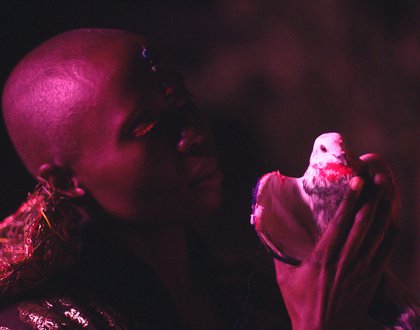 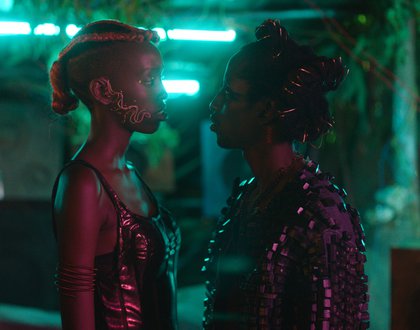 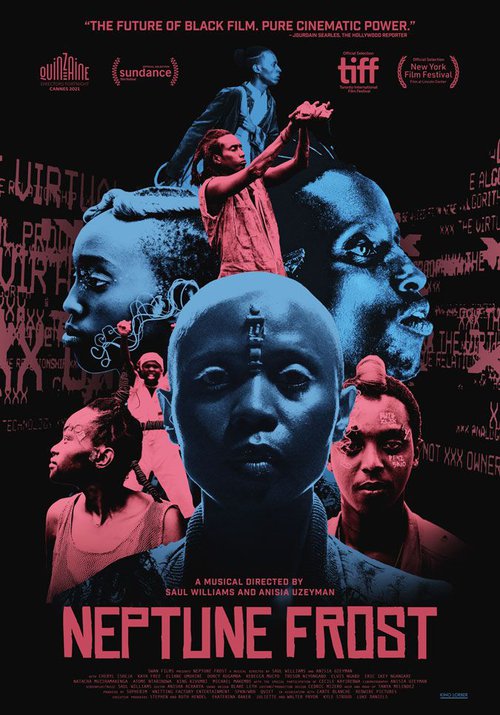 Critic's Pick! "Mind-bending. An Afrofuturist fantasia that is also a musical, a science-fiction parable and a hacker manifesto." —A. O. Scott, The New York Times

NOTE: THIS EVENT WILL BE SOLD AT FULL CAPACITY.

Multi-hyphenate and multidisciplinary artist Saul Williams brings his unique dynamism to this Afrofuturist sci-fi punk musical, a visually wondrous amalgamation of the themes, ideas, and songs that Williams has previously explored in his work, notably his 2016 album MartyrLoserKing. Executive produced by Lin-Manuel Miranda and co-directed by the Rwandan-born artist and cinematographer Anisia Uzeyman, the film takes place in the hilltops of Burundi, where a group of escaped coltan miners form an anti-colonialist computer hacker collective. From their camp in an otherworldly e-waste dump, they attempt a takeover of the authoritarian regime exploiting the region's natural resources and its people. When an intersex runaway and an escaped coltan miner find each other through cosmic forces, their connection sparks glitches within the greater divine circuitry.

Set between states of being—past and present, dream and waking life, colonized and free, male and female, memory and prescience—Neptune Frost is an invigorating and empowering direct download to the cerebral cortex and a call to reclaim technology for progressive political ends.

Screenings of Neptune Frost on July 8 and July 10 to July 14 will be followed by a pre-recorded Q&A featuring award-winning author, educator and producer Tananarive Due and co-directors Saul Williams and Anisia Uzeyman.