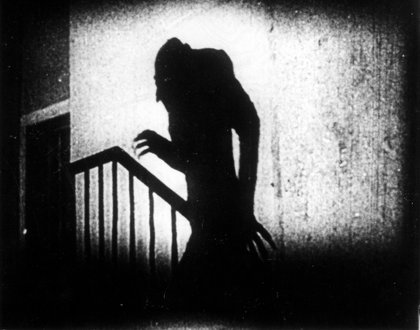 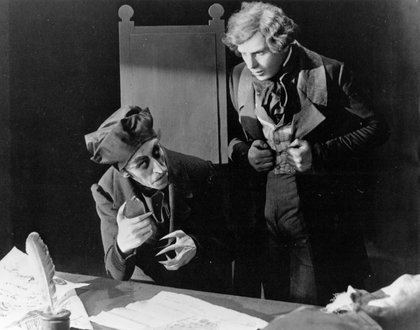 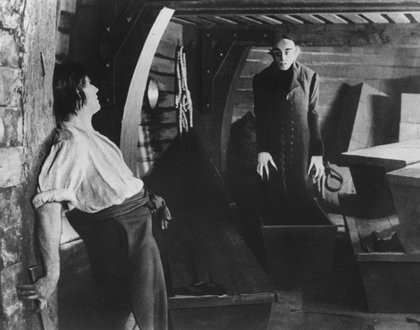 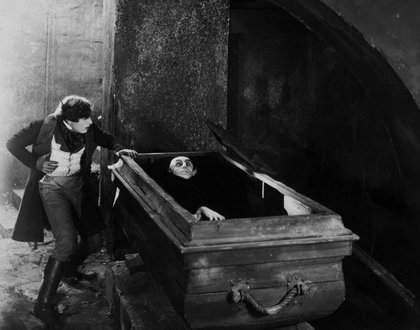 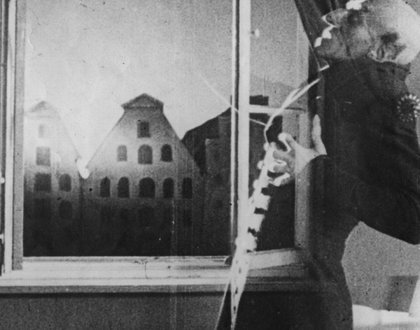 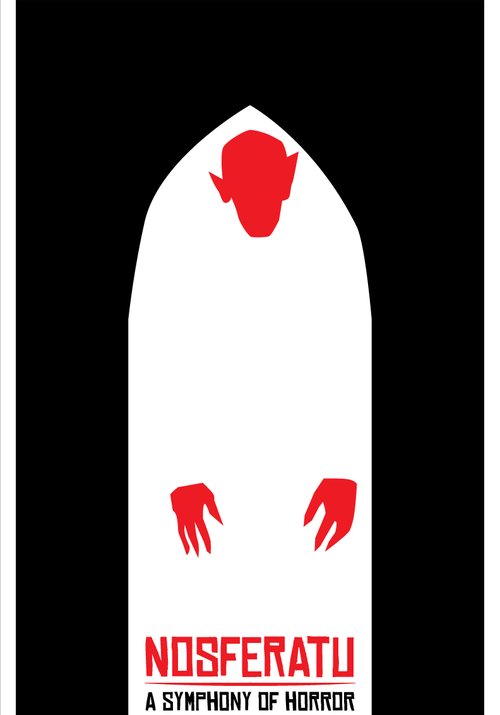 “It doesn’t scare us, but it haunts us. It shows not that vampires can jump out of shadows, but that evil can grow there, nourished on death.” – Roger Ebert, Chicago Sun-Times

For over 90 years, Max Schreck’s performance as Count Orlok – with his bald head, ratlike overbite, pointed ears, and elongated fingernails – has haunted the silver screen ever since he debuted in F. W. Murnau’s 1922 horror film. Born of the same German Expressionist movement that gave birth to The Cabinet of Dr. Caligari, Nosferatu was originally a knockoff of Bram Stoker’s Dracula. When Prana Film, the production company behind the movie, couldn’t secure the rights, they embarked on an “original” work that cost the life of the very studio after Florence Balcombe – Stoker’s widow – successfully sued for copyright infringement. One purported print of the film survived after the court ordered all existing prints of Nosferatu be burned. In October, we bring you the restored version of this classic horror film like never before, featuring an original, live score by Miami native Richard Vergez.

Richard Vergez (Möthersky, Drowning the Virgin Silence) is a Cuban-American visual/sound artist. He was born in Philadelphia, worked and lived in New York as member of the Brooklyn Collage Collective, and currently works and resides in South Florida.

Sonically, he explores the outer limits of sound through the use and misuse of magnetic tape, found sounds and analogue synthesis. His music projects include Möthersky, an experimental post-punk duo based in Brooklyn, and Drowning the Virgin Silence, a solo project rooted in ambient sound collage and cinematic soundscapes. Vergez is also a frequent collaborator of choreographer Ana Mendez, having presented dance compositions at the Adrienne Arsht Center, De La Cruz Gallery, and Miami Art Museum.