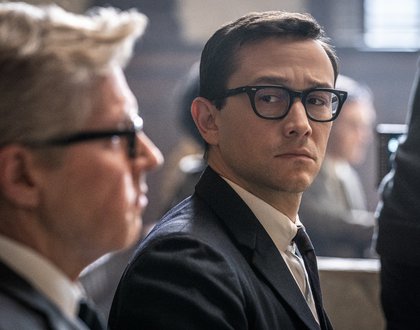 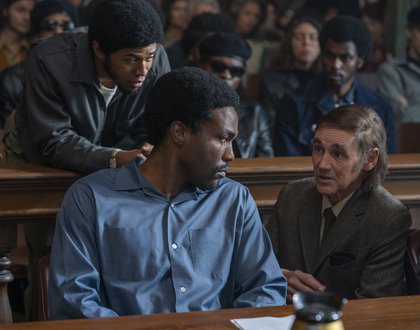 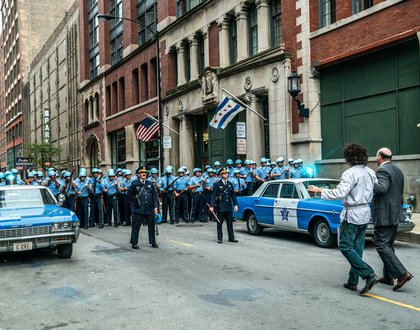 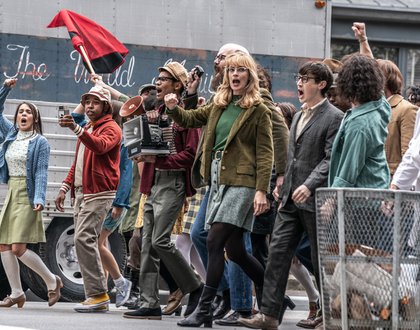 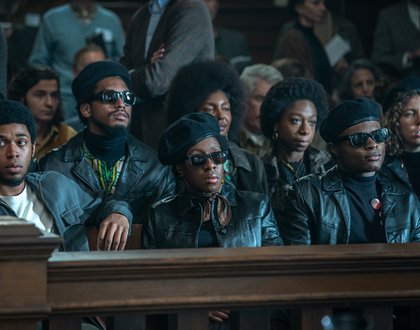 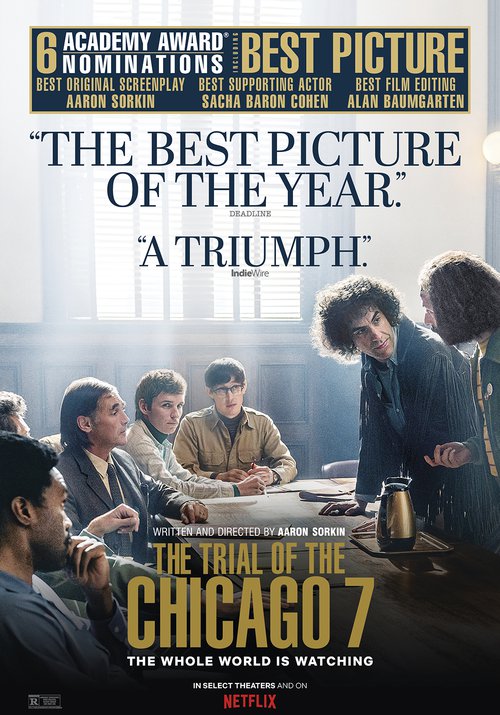 "Sorkin takes a rather dense, complicated court case—one peopled with figures who clung to stubborn differences even in the context of their shared ideals—and keeps it aloft every minute, as if he were following the aerodynamic principles of hang-gliding rather than moviemaking. Best of all, he brings out the best each actor in this enormous ensemble cast has to offer; every character is rendered with jewelers-loupe clarity." —Stephanie Zacharek, Time

What was intended to be a peaceful protest at the 1968 Democratic National Convention turned into a violent clash with police and the National Guard. The organizers of the protest—including Abbie Hoffman (Sacha Baron Cohen), Jerry Rubin (Jeremy Strong), Tom Hayden (Eddie Redmayne), and Bobby Seale (Yahya Abdul-Mateen II)—were charged with conspiracy to incite a riot and the trial that followed was one of the most notorious in history. Aaron Sorkin's The Trial of the Chicago 7 is a court-room drama at its finest, weaving an equal-parts inspiring and infuriating that shocks to the core.

A large screen, high-fidelity audio, and no cellphones - this is how to watch the Best Picture nominees. Join us April 16 to 22 for our fourth annual Oscar Week, showcasing all eight films competing for the top prize at the 93rd Academy Awards.