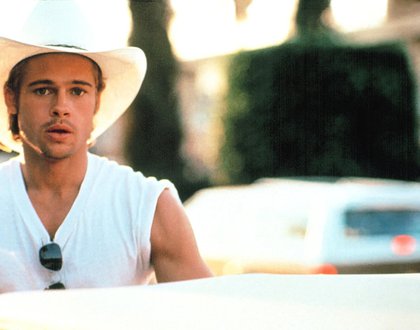 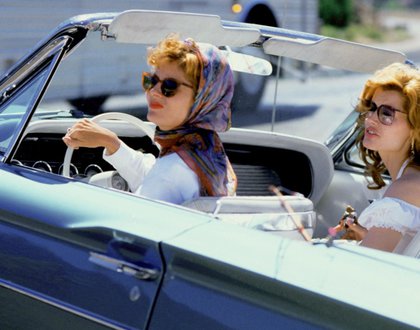 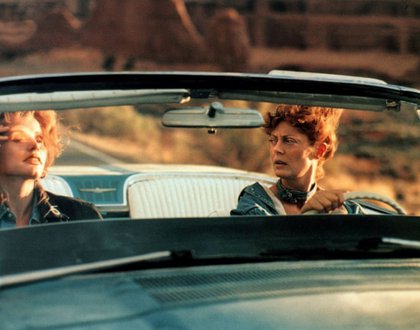 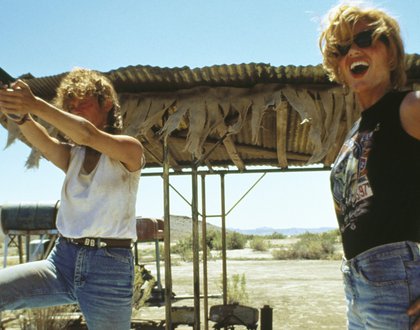 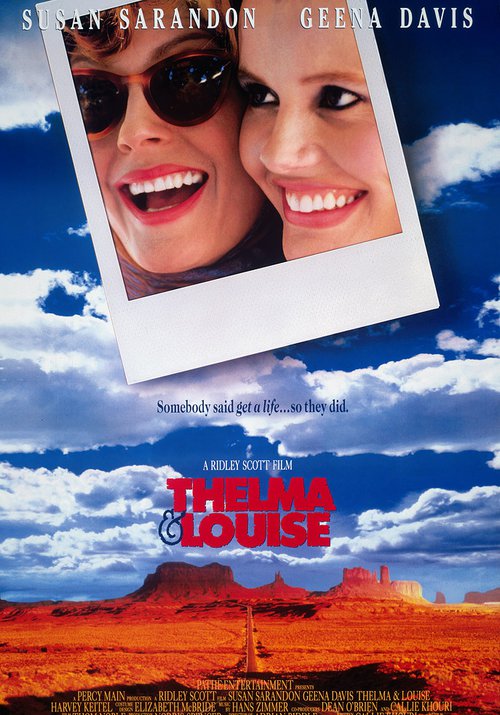 "[Thelma & Louise] reimagines the buddy film with such freshness and vigor that the genre seems positively new. It discovers unexpected resources in both its stars, Susan Sarandon and Geena Davis, who are perfectly teamed as the spirited and original title characters." —Janet Maslin, The New York Times

Guest Speaker: Katlyn Aviles
To commemorate the 30th anniversary of Thelma & Louise and explore the film's revolutionary depiction of women, this screening will be introduced by Katlyn Aviles, a PhD student at the University of Miami's School of Communication.

Unhappy housewife Thelma (Geena Davis) and straight-laced waitress Louise (Susan Sarandon) sneak away in a 1966 T-bird convertible for a weekend getaway: no husbands, no boyfriends, and no problems. This respite from their banal, unfulfilled lives goes awry when an encounter with a foul-mouthed rapist turns deadly. With nowhere to turn, the two women flee to Mexico as a nationwide hunt (led by Harvey Keitel) begins. Thirty years after its premiere, Thelma & Louise remains as influential as ever - and resonates more so in the #MeToo era. Ridley Scott, known for the dark corridors and moody rain of Alien and Blade Runner, demonstrated his range as a director with the adventurous, and frequently funny, road movie. Much of that is thanks to the bold script from writer Callie Khouri, who won the Oscar for Best Original Screenplay in 1991. But naturally, it's Davis and Sarandon (both nominated for Best Actress at the Oscars that year) who steal the show and beautifully capture the spectrum of womanhood. Reflecting on the 30th anniversary in The Hollywood Reporter, Davis cited the film as the one that "changed everything about how I chose roles moving forward," while Sarandon points to it as "revolutionary [for having] two women in a film that weren't enemies and were having fun together on screen." To be sure, Thelma and Louise walked - or perhaps, drove - so that a generation afterward would run.

About Katlyn Aviles
Katlyn Aviles is an award-winning filmmaker with a passion for genre storytelling. Her work has been screened at film festivals in the U.S. and internationally. She completed her MFA in Motion Pictures at The University of Miami and is currently pursuing a PhD in Communication. Her primary research areas include feminist film theory, representations of the environment in media, and new media technologies such as virtual reality. As part of her doctorate work, she has taught classes such as Women, Media, and Popular Culture and Genre Studies to undergraduates at UM.