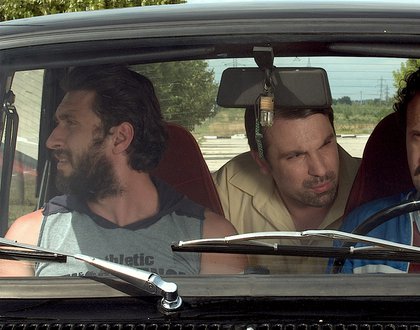 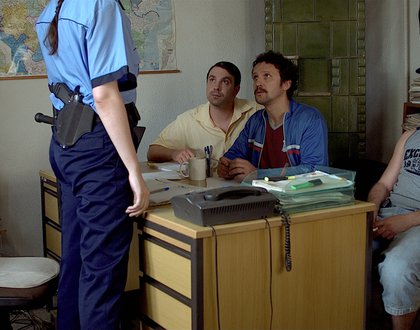 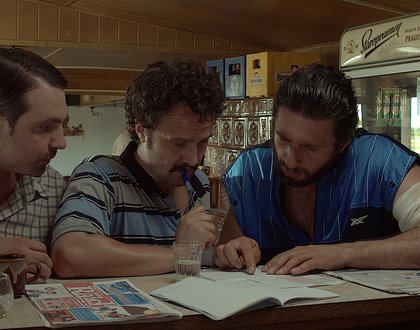 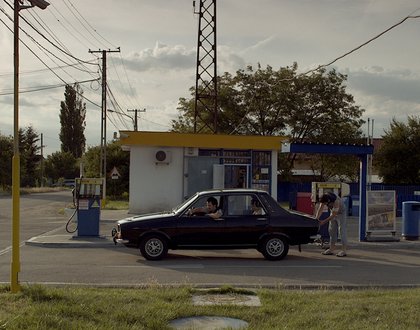 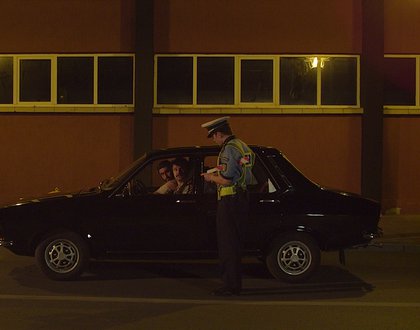 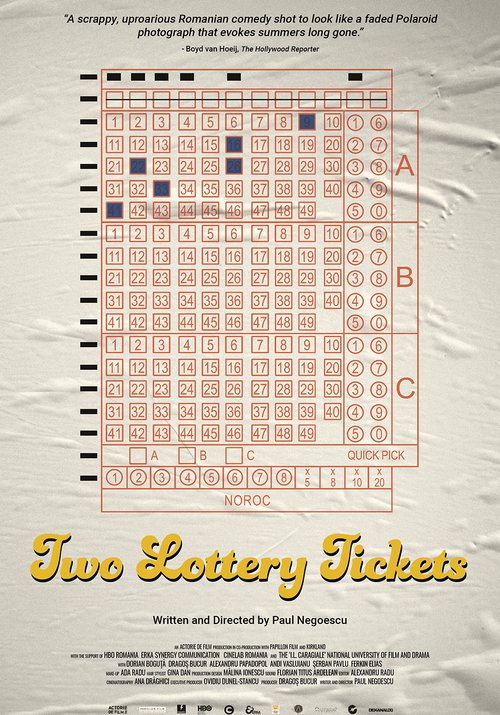 
Price: $10
Viewing Window: 7 days to start. Once you begin, you'll have 72 hours to finish watching.
Click here for technical support

A winsome, riotous comedy of errors, Paul Negoescu’s Two Lottery Tickets (his second feature) is an audience-friendly social satire which merges a stoner’s shaggy-dog story with the sophisticated, intensely realistic style that has made the Romania cinema one of the most popular national film movements in the world. Police, Adjective star Dragoș Bucur plays against type as Sile, an irresponsible carpenter who spends most afternoons at the pub, placing small bets, racking up a huge tab, and buying lottery tickets. He convinces his drinking buddy Dinel (Dorian Boguță), whose wife has just left him for an Italian, to play the lottery one hot afternoon. Borrowing a few Euro from Pompiliu (Alexandru Papadopol), the local conspiracy theorist, Dinel plays the numbers on the off chance that a win would bring back his wife. After two petty criminals jack his fanny-pack and the winning ticket, the three guys spend what little money they have tracking down the thieves. Although all three guys are easy marks with zero talent for sleuthing, their wild goose chase around Dinel’s apartment complex precedes a road trip to Bucharest, where the two thugs might be about to cash in on the €6 million jackpot. Unpretentious, well-acted, and consistently hilarious, Two Lottery Tickets is a breezy reminder of the eternal essentials for good comedy: smart performances, a clever and intuitive style, and an irresistibly, unpredictable yarn.